If you are looking for a pre-workout drink that will aid your energy during training sessions, you should give Bang Shots a try.

This carbonated energy drink is widely used among trainers because of its ingredients, including caffeine, BCAA, creatine, electrolytes, and CoQ10.

The bottle may look small, but watch out for its 300 mg of caffeine! That’s a very strong amount and is particularly advantageous for those who regularly do intense workouts.

It’s always important to look at a drink’s nutritional value so let’s take a look at Bang Shots’ contents, caffeine, and sugar! 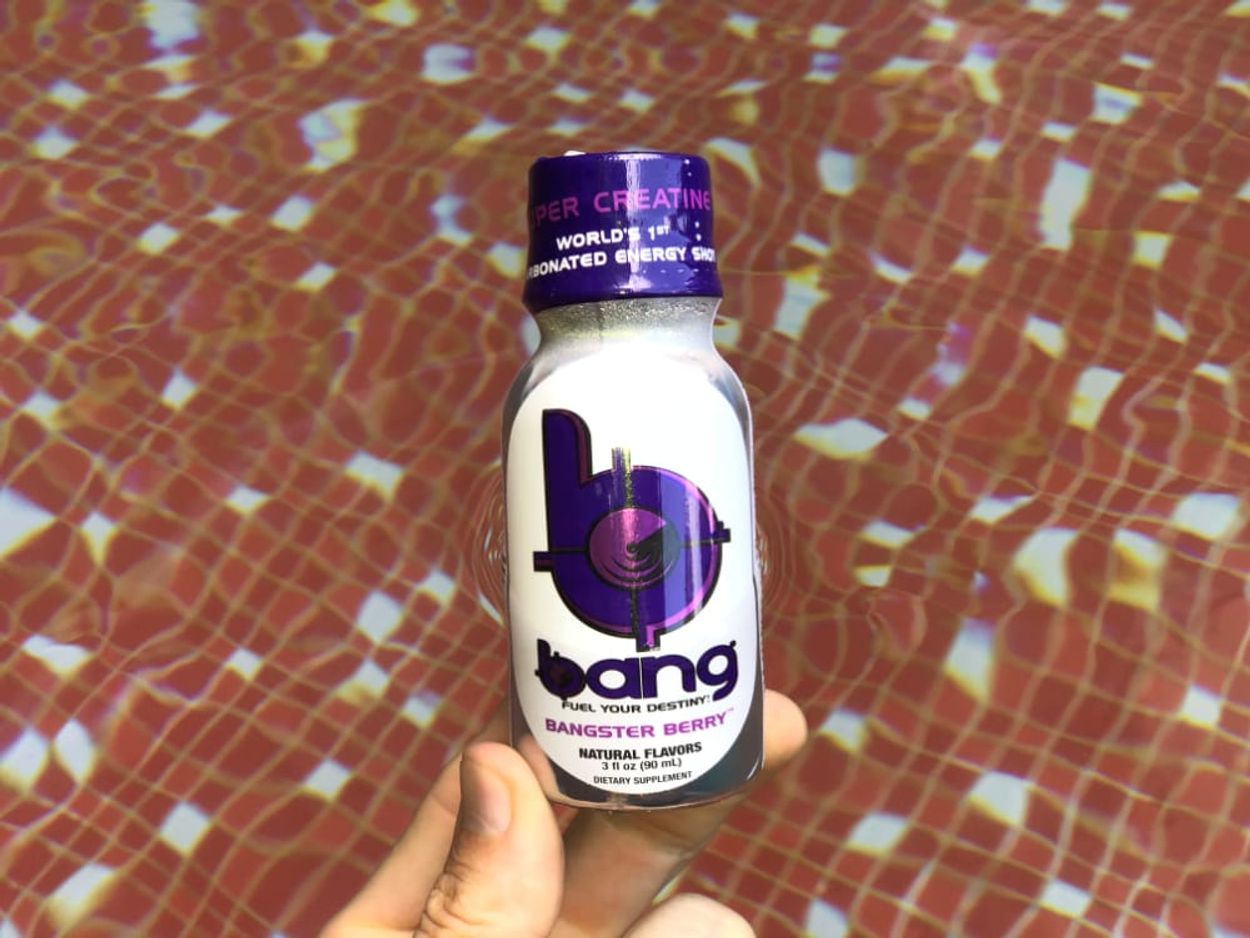 Now that you know what’s inside every bottle, let’s take a look at what each ingredient can offer you.

How Much Caffeine is in Bang Shots?

Caffeine is a popular stimulant all over the world. It’s the key ingredient in coffee and tea because it kickstarts your nervous system and keeps you alert and focused for several hours.

During exercise, caffeine aids in enhancing physical activity and removes fatigue that occurs in between workouts.

One bottle of Bang Shots equals 4 cups of tea or coffee. If you’re the kind of person that is contented with the caffeine boost you get from one cup of coffee in the morning, then Bang Shots may not be the right drink for you.

As my daily intake of caffeinated drinks varies from 50-100%, I recommend that this product be taken by those who take caffeinated beverages in high doses; otherwise, it may lead to health problems.

I know the fitness craze has made out calories to be this mustache-twirling villain in the way of your dream body, but the truth is that calories are essential for your energy.

It’s only a matter of having the right diet and regularly exercising to make sure that the calories you consume in a day will be burned off.

The NHS recommends that men consume 2,500 calories in a day while for women the recommended amount is 2,000.

Here’s the good news: Bang Shots only contains 6 calories. Compared to the recommended daily intake, that’s practically nothing! You can easily walk that off. Even if you’re on calorie-restricted diets like keto, 6 calories wouldn’t be that much of a problem.

Take note though that energy drinks shouldn’t be consumed as dietary supplements, even if they’re loaded with calories.

Another piece of good news: Bang Shots is sugar-free!

Sugar is a generic word for soluble carbohydrates and sweet-tasting molecules used in foods. When we consume carbohydrates, they are absorbed and broken down into glucose, which can also fuel us.

Bang Shots doesn’t have any added sugar but the brand does use Sucralose, a popular artificial sweetener that is 500 times sweeter than regular sugar.

Sucralose is calorie-free and doesn’t affect your blood sugar levels, so that makes Bang Shots a suitable drink for diabetics. However, some experts do suggest that diabetics shouldn’t consume more than 200 mg of caffeine a day since it can increase their blood sugar levels.

Is It Safe to Drink Bang Shots Every Day?

I recommend Bang Shots for bodybuilders, athletes, and active people. Most importantly, you have to have a high tolerance for caffeine.

A single can of Bang Shots will provide you with all the essential nutrients that you may need in a day. Also, keep in mind that if you are taking one bottle of Bang Shot, you will have to restrict other caffeinated sources to avoid any overdose effects of caffeine.

It is better to take bang shots during the daytime because if you take this energy drink at night, there are chances that it may cause sleeplessness due to high amounts of caffeine present in it.

That would be a no. Caffeine in general is not recommended for teenagers.

More specifically, caffeine is not recommended for people under the age of 18 because their bodies are still developing and caffeine can deter that growth.

To be fair, some studies claim that 100 mg is fine for teenagers. But even if you want to follow this limit, Bang Shots doesn’t make the cut because it contains three times that.

And if you’re about to turn 18 and about to try energy drinks, I don’t recommend starting with Bang Shots either because it may be too much for you.

There are many flavors of bang shots that you may want to try:

If you are worried about your health or caffeine intake, you can take fewer caffeinated drinks mentioned below as alternatives to bang shots.

Bang Shots are booster drinks to help you get through the whole hectic and tiring day. The ingredients present in it will help you keep your energy to 100% for about 6 hours through the help of a legal psychoactive drug (caffeine) in it.

It contains 300 mg of caffeine, 6 calories, no sugar, and a hefty amount of micronutrients that can increase your mental and physical performance.

However, if you’re caffeine sensitive, I wouldn’t recommend that you try Bang Shots since 300 mg is pretty strong. Furthermore, the drink is also not recommended for teenagers and minors.

But if Bang Shots is for you, it does work very well and delivers a great energy boost that will get you through the day.